What is the History Behind the Government’s Power Via Eminent Domain?

It is important to understand the history behind certain laws and regulations that exist in the United States.  This is especially the case if you believe or are dealing with a situation where such laws and regulations are going to have a direct impact on you and your current way of life.  Eminent domain is a power of the federal government that has been around for quite some time, since before the 1900s.  It has a history that is surrounded by controversy and instances where property owners simply had what they owned obtained by the government, all with the intent of using said property for the betterment of the public.

So where exactly did eminent domain all begin?  What is its history and how has it evolved to the state that it is currently in today?  Going back a bit it is easy to see why federal eminent domain power has been so controversial.  Essentially what the power does is to allow the federal government to do nothing more than determine your property is needed for public use.  Once they can make this determination with whatever rationale they come up with, they can then proceed to try and obtain your property from you.  Let’s take a closer look at the history behind this government power. 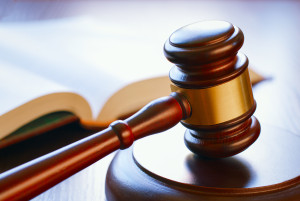 Going Back in Time With Eminent Domain

Federal eminent domain power was first seen in the late 1800s in the United States.  It was a case in 1876, Kohl v. United States when an owner of a piece of land in Cincinnati, Ohio tried to fight the government over the taking of his land.  The government wanted the land in order to open up both a post office building and a custom house.  The U.S. Supreme Court ruled in favor of the government and states that the power of eminent domain was necessary in order for the government to be independent and to exist with perpetuity.

The Application of Eminent Domain

The majority of eminent domain cases have circulated around the need for the government to try and improve transportation across the United States.  In Florida, for example, eminent domain cases have been brought forward in order to try and obtain land for highways, railroads, and so on.  The reality with densely populated areas is that there is not much left in terms of actual public land.  If the government needs to extend a highway or something like that, chances are they may need some private property in order to accomplish that.

Outside of the need for land in order to expand and improve transportation, eminent domain can also be employed by the government in order to do a few other things.  This could include trying to expand the supply of water across the state of Florida and abroad, as well as construct buildings for public, improve defenses of our borders, and so on.

The power of eminent domain is pretty vast in terms of what the federal and even state governments can do.  As long as they can prove that the property, whether it be tangible or intangible, is needed for the betterment of the public, they can proceed to obtain that property.  The only big requirement on the part of the government outside of that is to provide fair market value.

Eminent domain has been around now for well over one-hundred years in the United States and it is not going away.  If you are a property owner in any way, which just about all of us are, it is important to know and understand the history behind the power that the government holds.  If you are ever to face such a claim of eminent domain, an expert attorney in the field in Florida can also be of great assistance.  Knowledge is very powerful when dealing with the government and eminent domain.